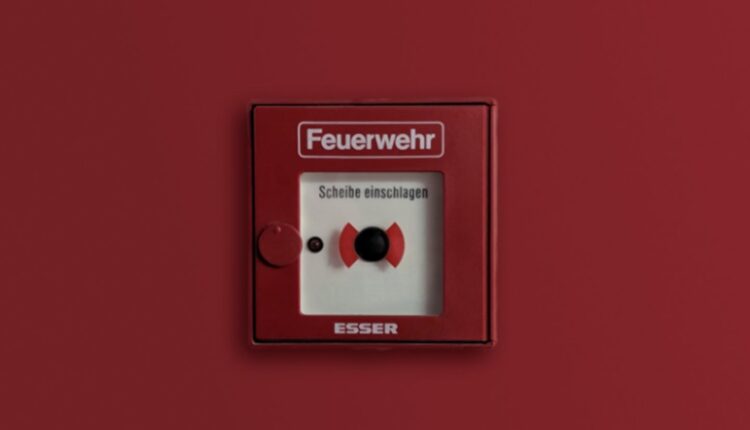 Fire and smoke detectors in a business form a key aspect of its fire system installation. Much like fire fighting equipment such as extinguishers, there are multiple types of products that are used depending on where they are placed.

These fire and smoke detection products must be the correct types for the premises where they are placed, and fire safety maintenance must include the checking of these devices on a regular basis. Simply put, these are fire safety products that will save lives, giving an early warning of a fire so that evacuation can be carried out. These are the different types of equipment that are used to detect smoke and an increase in temperature inside a business.

A heat detector is the most commonly used product to detect the emergence of fires. We generally find these detectors used throughout the building as well as in areas of a business that are not often occupied such as a warehouse or a storage facility. Unlike smoke detectors, heat detectors very rarely have false alarms, which is of a great benefit. With this being said, they do take longer to detect heat changes, than a smoke alarm detects smoke, which is why they are always used in combination with smoke detectors.

As mentioned above, even when a business does have heat detectors in place, they will also look to install smoke detectors. There are 3 main smoke detectors that are used in buildings:

This is a very simple design that utilises an electrical current in order to detect the presence of smoke. There is a constant current which runs between two metal plates, and when that is interrupted the alarm sounds. As the smoke hits the detector it interrupts this connection and alerts people to the presence of smoke. These are highly useful for fast burning fires.

This smoke detector uses a similar approach to the ionization detector, except that instead of using an electrical current it will use photons that send a beam of light between two points. Again the smoke will interrupt this beam and that will cause the detector to sound. These are highly reliable and do not produce very many false alarms. Generally these are best for smouldering fires.

The best smoke detector to use is one that will combine both ionization and photoelectric technology. As you can probably guess these will use a beam of light and an electrical current and when either is interrupted the detector will sound to alert people of a fire. There are some false alarms with these systems but they are few and far between.

When it comes to false alarms the general school of thought is that it is not much of a problem, a worse issue would be a failure to sound when the alarm detects smoke or heat, which is exactly why they should always be checked as part of regular fire safety maintenance. Most buildings will have a combination of heat and smoke detectors on site.

Comparing Renewable vs. Transitional Energy Sources And Their Importance

Comparing Renewable vs. Transitional Energy Sources And Their Importance

Top Realisations of House Owners Brought by the Pandemic